GENEVA – ‘Tis the season of fireworks over Lake Geneva and this weekend is no exception.

First, the Fêtes de Genève, a 10-day open air carnival which culminates with the second-largest fireworks in Europe. Followed by fireworks in Thonon and Evian on the French side of Lake Geneva, which commemorate their liberation with a 4-day festival and fireworks.

At a cost of 700,000 Swiss francs, paid exclusively by hoteliers these are the longest fireworks in Switzerland and one of the best in the world. So where to watch the 12 August 2017 edition? 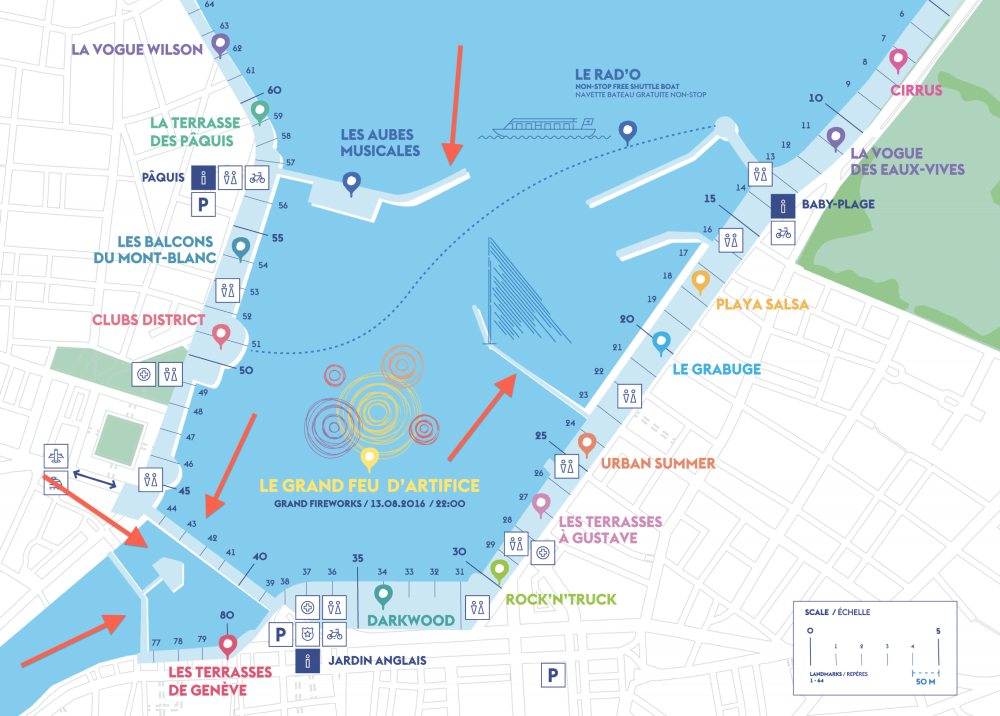 Do not drive into the city centre. The Mont Blanc bridge is closed, therefore, the park-and-ride option is the best bet.

The cities of Evian and Thonon in neighbouring France commemorate the 16th of August 1944, when they were liberated from the invading Nazi troops.

The festivities which last four days, end with fireworks in both towns.