SWITZERLAND — The butterfly house or conservatory located in Kerzers, canton Fribourg has announced the birth of a ninth sloth bear. Odd thing to be born in a lepidopterarium you say?

Well, Janis, an eight-year-old female sloth bear, her new cub (born in early 2018), and seven other sloths live in the Papiliorama Fauna, Flora & Fun, a zoo-like amphitheater that in addition to the butterfly house includes a “Nocturama” that mimics a tropical forest. At the nocturnal house, sloths, night-monkeys, tree porcupines, kinkajous, pacas and armadillos share the “evening” stage. 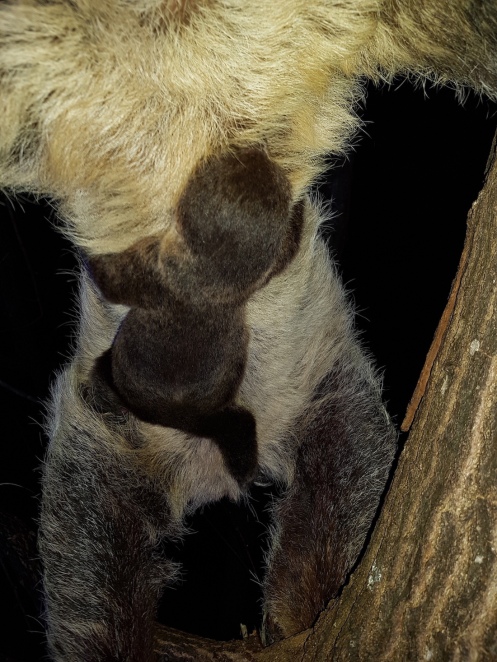 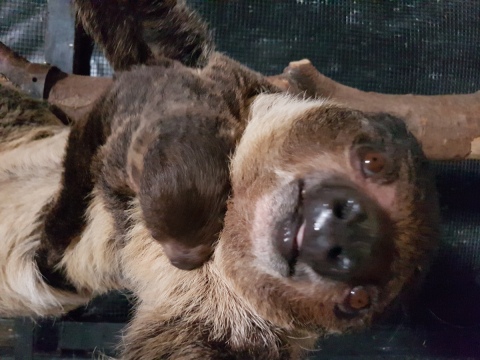 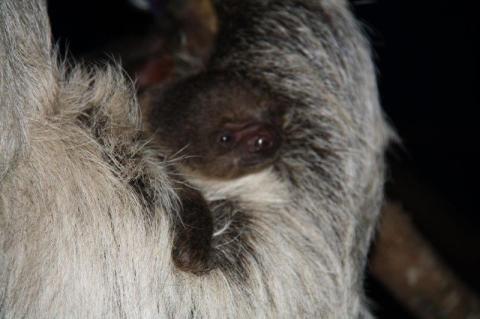 The new baby sloth has not been named yet (unless you want to call it by its official number TST18-00369). Park officials will have to wait until the cub can start roaming on its own, most likely in summer, to determine its sex. Until then, the cub will keep close to its mom as shown in the pictures above. Chances are that you will see the shaggy coated bears — and plenty of other animals if you visit the Papiliorama, open every day of the year, with the exception of Christmas and New Year’s Day.

Find All About Geneva (The Genevist) on Facebook where we post news from other blogs and news sites. We are also  on Twitter with news from Geneva and beyond . To receive the posts via email, kindly subscribe at the bottom of the page.