GENEVA, SWITZERLAND – Large-scale protests are expected again in Caracas, Venezuela, with both pro- and anti-government supporters.

The Venezuelan diaspora worldwide in the meantime is holding peaceful anti-government rallies around the globe.

Geneva saw a couple hundred people calling for an end to “political oppression” and violence in Venezuela during a rally at Place des Nations, across from the UN.

A Facebook group called Suisse solidaire au peuple Vénézuélien called for a protest on Saturday 22 February; the same group is expected to continue to show its support with other peaceful rallies.

Below are the photos from today’s meeting posted originally in my Spanish-language blog, Noticias de Ginebra. 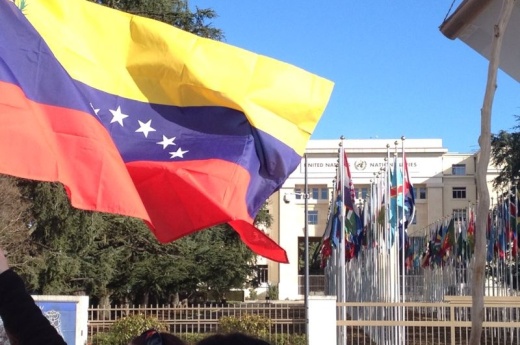 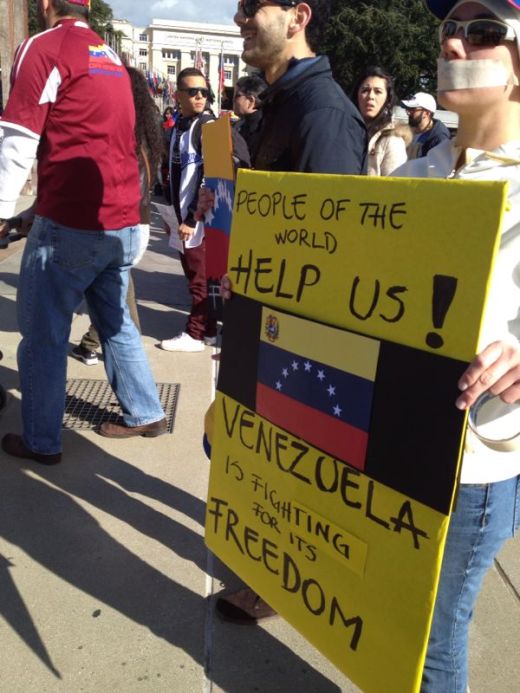 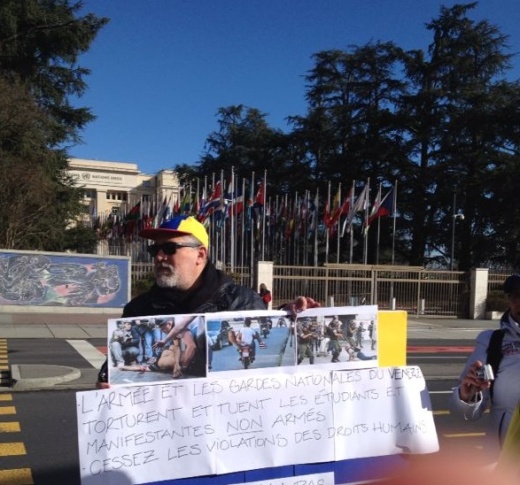 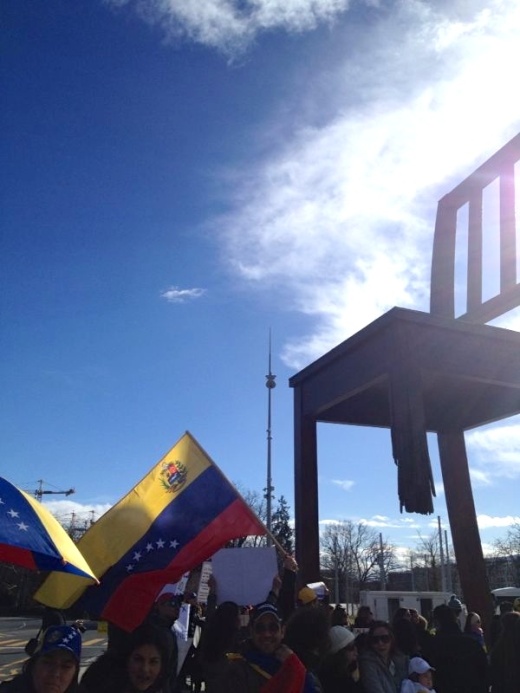 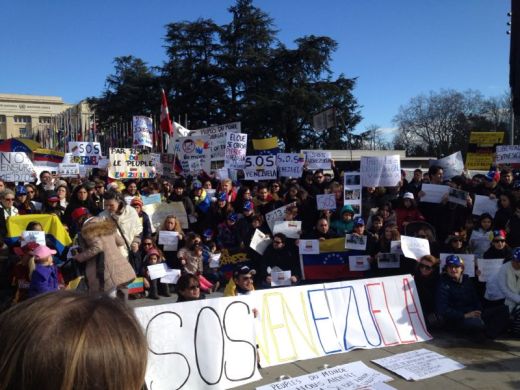 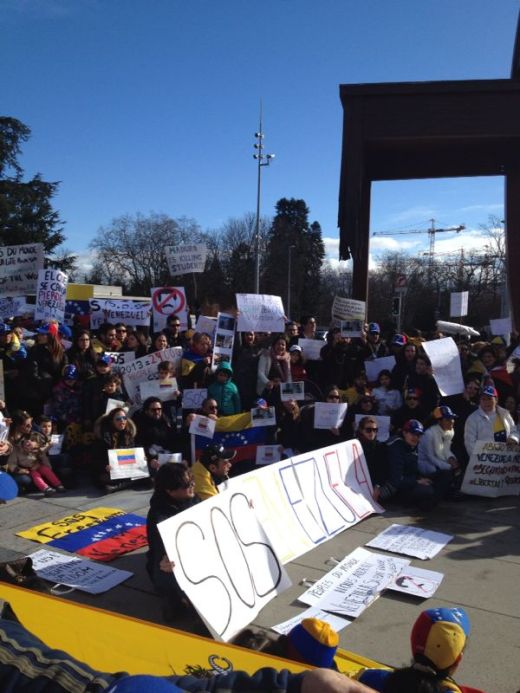 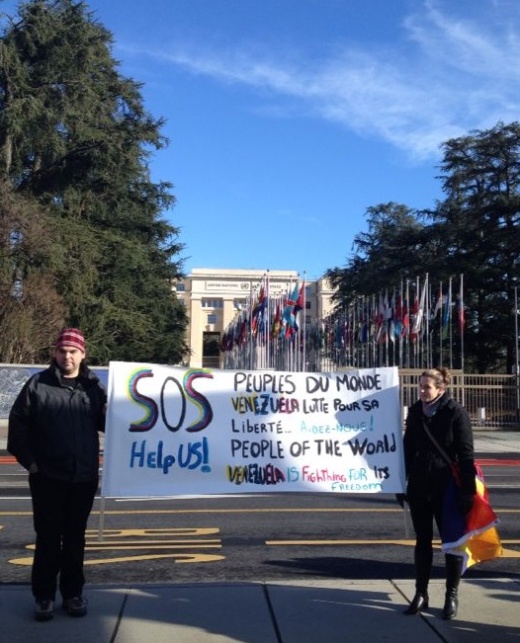